Lowa Tibet GTX Review – Can This Hiking Boot Deliver on the Trail?

Since 1923 LOWA has been making exceptional outdoor footwear from hikers, climbers, mountaineers, and other outdoorsmen. Though they are a popular brand throughout the world, they are a European manufacturer- in fact, their boots are all 100% handcrafted in Europe.

For having been around for over 90 years it’s no surprise that LOWA has really mastered the art of the hiking boot. Despite their wide selection of models, they maintain very high quality control and incorporate exclusive features into all of their boots, such as special designs for breathability and pronation control.

You can’t really say which backpacking or hiking boot is the best but the Tibet GTX comes pretty close the ideal style. There are tons of other boots on the market that may be impressive in certain aspects but few are all-around as great or highly-praised as this one.

When it comes down to it, the average hiker or backpackers wants a shoe that looks as good as it performs, will truly last through multiple seasons of use and is going to give the best foot support possible. The Tibet GTX goes above and beyond these important features of a good boot.

Specs and Features of the Tibet GTX

The features of the Tibet GTX are modest in number but certainly impressive in function. The basics of this boot’s design include: 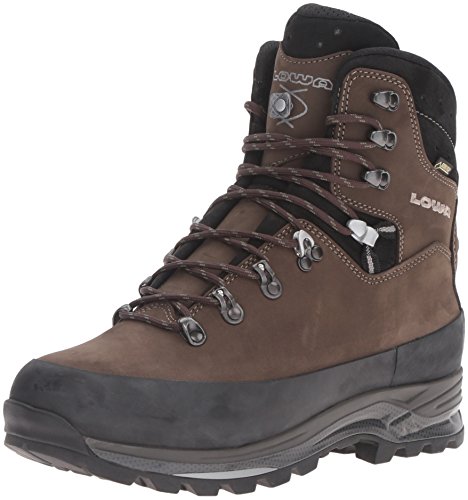 As you can see from the specs, there are quite a few LOWA Exclusive features to these boots. These features are what really gives the Tibet GTX an edge over other boots in it’s category.

Advantages of the Tibet GTX

When it comes to advantages the Tibet GTX is a top competitor amongst other popular brands and models.

Disadvantages of the Tibet GTX

There really isn’t much wrong with this boot and no true disadvantages, but there are a couple things that may affect some people’s interest in this model.

Overall there really isn’t anything bad that can be said about LOWA’s Tibet GTX. It isn’t a new model but it is a cult classic for a reason. You will get almost everything you could want in a long-lasting, tough and comfortable hiking boot and none of the extra features that only add unnecessary weight. If you are someone that wants a basic boot that they can throw on and go without worry, you will really enjoy this model.